Skip to Content
The Fall 2020 season for the 2013 Girls PSC Power started in a completely unexpected way, as they outscored their opponents 37-0 in three AAYSA U8 matches.  The coaching staff realized that this would be a lost year, for development and competition if status quo remained; therefore with assistance from the PSC Board and the AAYSA League rep, they petitioned AAYSA for promotion to U9-Division 1.  Much to everyone’s surprise the promotion was granted and the real work began.  PSC Power rose to a new level over the next six weeks going 4-0-2 to win the U9-D1 championship.  The girls lead the Division in goal differential and goals allowed while finishing second in goals scored.  In fact, the girls only trailed in a game for 20 minutes all season, during a thrilling 1-1 tie to end the season.  The parents and coaches could not be more proud of this group of girls for their play in Fall 2020. 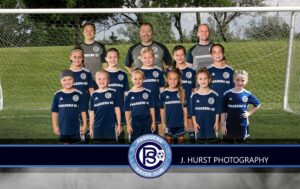 The next PSC Board meeting will be held Wednesday (May 25th) at 7:45PM in the blue shed at Lake Shore Athletic…

Every year Pasadena Soccer Club accepts applications from coaches interested in filling Lead Coach vacancies. The application can be found…

Read More
Recent Posts
Categories
Back to the top