PSC Crew, boys U14 participated in the Championship level of SAC United Premier Columbus Day Tournament over Columbus Day weekend.  The team went 4-0 with stellar defense allowing no goals in the 4 games.  The championship game pitted the Crew against Frederick County Soccer Club Thunder and after a 0-0 draw the Crew won in PKs!  Congrats to the players and coaches. 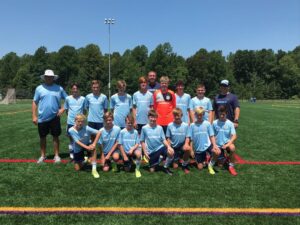 Pasadena Soccer Club is proud to announce the selection of our 2022-2023 lead coaches!

Register Here!
County and Travel tryouts are scheduled to begin May 9! Please try to attend both sessions for your age group, if possible. If…

Read More
Recent Posts
Categories
Back to the top